How to Turn Your Life Around After Losing Your Job 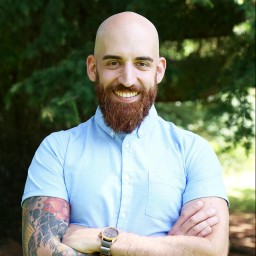 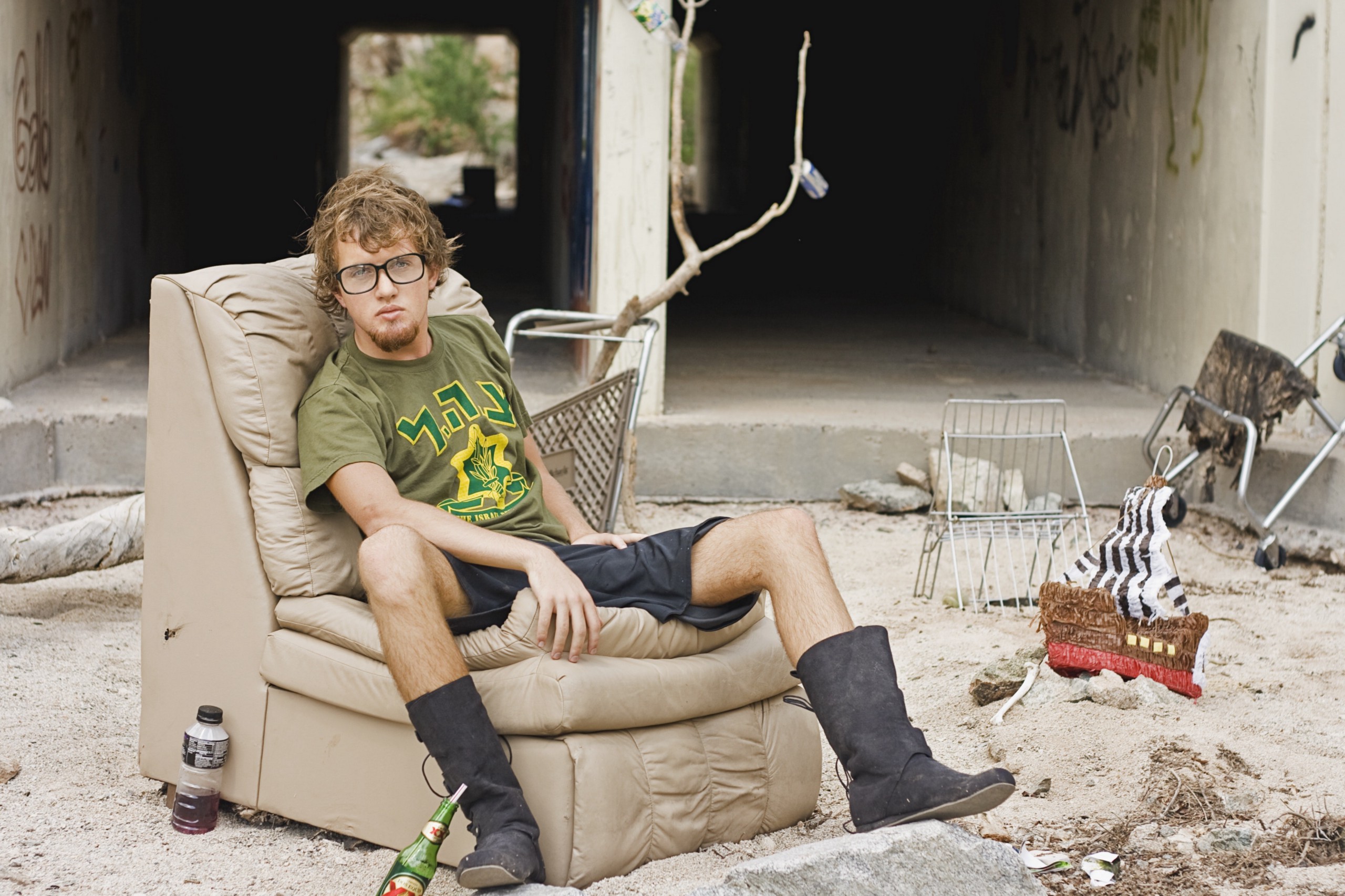 Life really has a way of throwing you curve balls at times. Less than 4 months ago, on the 19th of February, I received one of the biggest ones of my career.

I was made redundant — or permanently laid-off for my friends across the pond — due to the company rightsizing, a change in the culture, and a bunch of other reasons that didn’t really make any sense to me. The bottom line was that I was going to lose my job, and it would happen in less than a month.

After receiving the news I was worried, pissed off, and overall feeling like something was taken away from me. My mind went through the worst possible scenarios that would open up from this situation, ranging from pure delirious thoughts about my own worth to questions about the logistics of finding a new job. It was something along the lines of:

Clearly, the ambiguity that comes with losing a job generates insecurity, but these questions were just the product of a panicking mind. They had such a negative spin to them that didn’t go with my positive personality at all, but there I was, asking them regardless. It was damn frustrating.

Since I was given a month notice, I needed to turn the situation around as quickly as I could, ideally in less than 30 days. I knew “turning it around” could’ve taken much longer than that, but I decided to give myself a deadline anyway.

If you’ve just lost your job — or are going through a big (unwanted) change in your life — just know it’ll be alright. This post is not to teach anyone how they should behave when they go through it, but I hope that seeing how I dealt with my own situation will help you take something positive from it.

Week 1 — Dealing with it

The first few days were the hardest, I didn’t want to think about the situation too much, but that never truly works, does it? Usually, the less I want to think about something, the more it’s ingrained in my head. So I had to deal with it in two different ways.

I spoke to my family

I can’t recall how many times I talked myself out of a problem just by having a monologue with someone I care about, who vice versa cares enough about me to listen to my ramblings.

Sharing my take on the situation with someone I loved helped me put my thoughts and feelings into actual words. Sometimes it’s easy to get lost in the inner dialogues I have with myself, and it’s easier to lie to myself that it is to lie to others, so I had to be real with someone I loved. Hearing someone else’s take on the whole thing helped me see a different perspective. As Thomas Jefferson said:

“Honesty is the first chapter in the book of wisdom”

Being honest with your own emotions is the wisest move one can make. Letting your thoughts out — even when you deem them to be stupid or embarrassing — is tough, but it’s a very important first step towards actually dealing with a difficult situation.

Putting Feelings Into Words Produces Therapeutic Effects In The Brain

I accepted it and stopped complaining

My default reaction to losing my job was to get in a rut of thinking where to point the blame. I was blaming the company for not understanding that they ruined something great — a place full of smart and talented people — just for profit. I went as far as blaming who sold the company to them because this “wouldn’t have happened if they didn’t!”

If I could blame someone for what I was going through, I would’ve felt better about the whole situation, or so I thought. But in reality, thinking about how something was taken away from me was not doing me any good. I was stuck in a victimised mentality, and it felt much safer and easier to do the blaming, than simply accepting the fact and stop complaining. Actor Michael J. Fox — who has suffered from Parkinson’s disease for almost 30 years now— said this on acceptance:

“Acceptance doesn’t mean resignation; it means understanding that something is what it is and that there’s got to be a way through it”

Continuously going over what happened, whose fault it was, or what it could’ve been, has to stop eventually. Accept you lost your job and stop complaining about it because it’s not going to change one thing. Use the acceptance to see your way through it, because it’s time to start doing something to change the situation.

Week 1 was an emotional rollercoaster, but by week 2 thing things started taking a different shape. I wasn’t sure how, but it felt like I needed to change my whole mindset to be able to cope with it, in reality, I only needed to do one major thing.

I sought the positive

I started wondering about what losing my job could mean for my future, and there were two ways to go about getting an answer to that doubt:

You can guess which one I went for. The second choice prompted a question almost immediately:

This question gave me a definite shift in perspective. This was my first time losing a job, and it couldn’t be just ANY moment, it had to be a defining moment. So for a second, I played a movie in my head. I saw myself in the future, looking back at this whole mess and having a good laugh about it, seeing how it was an essential step to become the best version of myself. Almost immediately I felt a sense of peace coming to me.

It’s all about seeing the opportunities that lie ahead, as author Robin Sharma says:

Seeking the opportunity in a negative event puts you in a state of positive thinking, it changes the attitude from a passive, victimising perspective, to a more positive and active stance on what happened. If none of these reasons sound good enough to think positively, just know that positive thinking helps you live longer.

If you looked back at a bad moment and saw it as a defining moment — the one that allowed you to find the perfect job in 5 years from then — wouldn’t you go through that shitty phase more happily? I know I would.

How power of positive thinking works

I started getting some positive momentum after I realised that this was a chance to create big opportunities, but just thinking about it wasn’t enough. I needed to get moving if I wanted to really turn it around.

I made a plan

Clearly, I needed to find a new job, you know to pay bills and stuff, but simply jumping onto the next job wasn’t an option for me. I wanted to put some thought into it, so I started laying out a mini-plan of how I wanted to approach this, so asking questions like:

Answering these (and many more) questions allowed me to see what I did and didn’t want to experience in my next job. The answer to these questions would also allow me to create even more questions, this time not for myself, but for my next potential employer. That’s why I truly needed a good plan. Best selling author Alan Lakein said:

Making a plan gave me a definite sense of clarity and purpose that really translated in the way I carried myself in the interviews I was going into. I knew what I wanted, and this helped me fight the Fear of Missing Out (FOMO) that was in the back of my mind since the beginning.

7 Steps to Planning Your Job Search

Making a plan is just the beginning, but I knew that simply stopping there, like I had many times in the past, would eventually be a major failure. So I had one thing left to do: take action!

I got out of my comfort zone

A bit cliche’, isn’t it? But it’s true, I hadn’t been in an interview in a while, and the only way to get “back in the game” was, well, to get back in the game. I decided that doing successful interviews would be my measure of success.

I gave myself a 5 interview trial, this meant that I could absolutely bottle each one of them before I’d even allow myself to get a little demoralised. I don’t know why I chose 5, but it felt like a good “buffer” to get some practice in.

“Inaction breeds doubt and fear. Action breeds confidence and courage. If you want to conquer fear, do not sit home and think about it. Go out and get busy”

Making plans is smart, but the only real way to make progress — and get an idea of where you are — is to act on them. Don’t fall victim of the procrastination that comes with planning, just go and do those interviews, even if you know in your heart you won’t take the job, you need to get better at doing them and you’re showing yourself that you can get out of your comfort zone.

How to Prepare for a Great Job Interview: 8 Practical Tips

Can you really turn a bad moment like losing your job into serendipity? Maybe not. But if you allow yourself to change your perspective on the whole thing, you can learn some powerful lessons out of a bad moment. If that’s what you’re experiencing, flipping it on its head will give you a chance to uncover a new, better way of thinking.

By talking to family and friends, and by looking for opportunities in that moment of struggle, I realised that losing my job was already a part of the past. What seemed to be an insurmountable obstacle in week 1, translated into a great opportunity right after week 4.

I truly hope this helped you, if it did, please consider sharing this with others

Thanks for reading and sharing! 🙏🏼

P.S. In case you’re wondering, I just joined a Startup — which was exactly what I wanted. The guys I work with seem like a cool bunch and we have big plans for the future! I will write about my experience in my next articles.

Create Your Roadmap To Freedom

Book a free consultation to get practical advice on how you can start living your entrepreneurial dream.

Please log in again. The login page will open in a new tab. After logging in you can close it and return to this page.